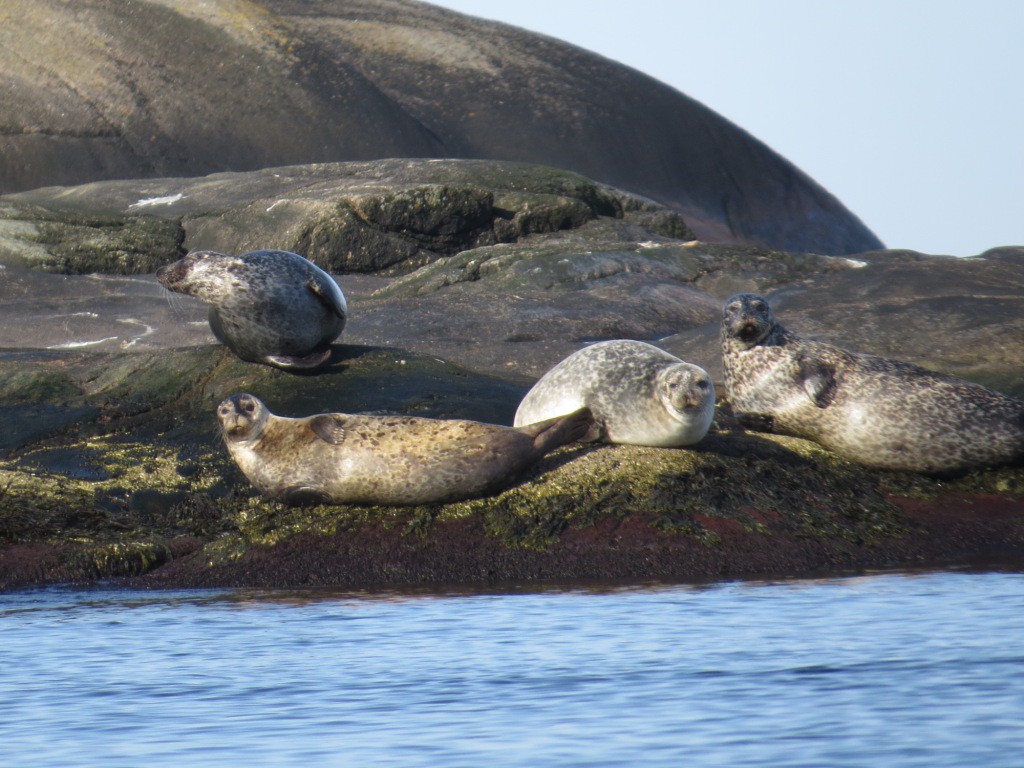 Lobster is allowed to catch from September till the end of April. These creatures live on the bottom of the sea and you get them on rocky seabeds in depth of 20 – 30 metres. We went out in hope to get our last lobster for this catching season. The sea was totally calm – the sunbeams glittered in the water and you felt the fresh air of spring. The birds were calling and singing looking for their partners. The most spectacular experience this morning was 13 male eiders who were fighting to get the attention  to be chosen from one female eider. A real spectacle! On our way home we came across about 30 harbor seals who were lazing in the sun on the rocks. We studied them and after a while they one by one dived down in the water. A bit anxious but very curious.

Rough weather with a lot of wind prevented us the next days to get out to get our catch – but suddenly one day with little wind made it possible to get out again. The wind had stopped but the waves out there were about 3 metres high. The result was 9 crabs, one little flounder and one LOBSTER! Now we have to wait until the first Monday after the 20th September when it is allowed to catch lobster again!

Join us on an expedition in Early Summer Kayaking in Fjällbacka archipelago , Försommarpaddling i Fjällbacka Skärgård