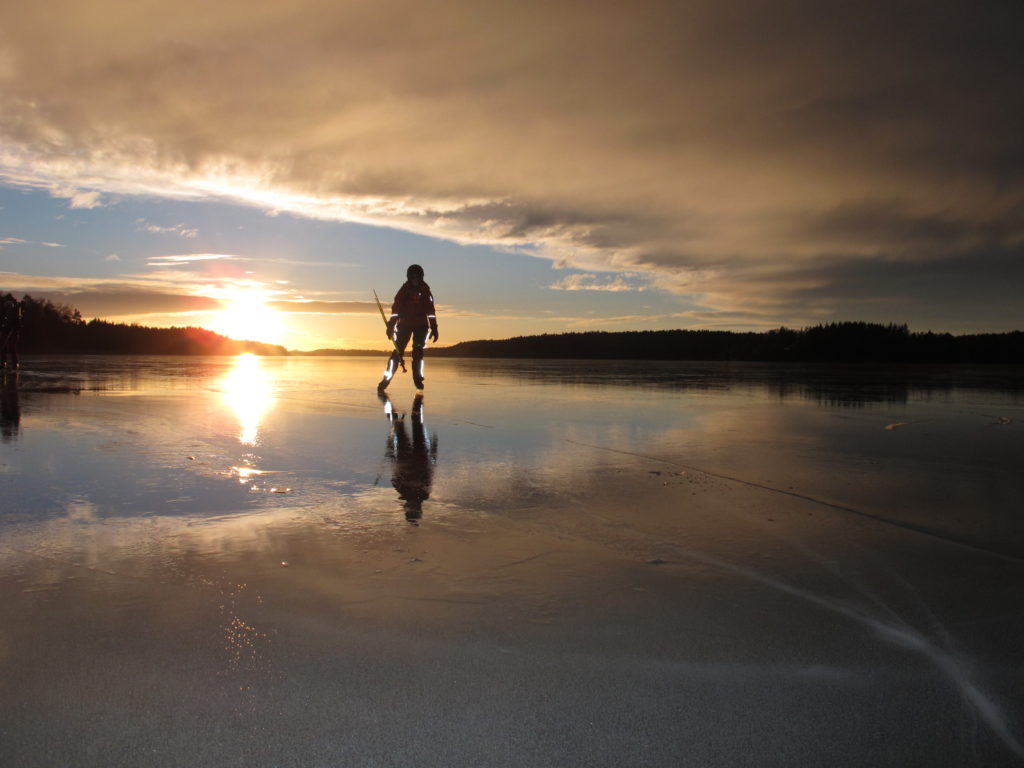 “We really loved and enjoyed the skating in the fairytale scenery and the perfect ice conditions.” These are words from two Dutch skaters and nature lovers. The dates were set and most of  the lakes in Sweden were covered with snow. BUT lake Vansjöen in Norway offered solid ice and good skating conditions. Unfortunately our first day, Wednesday 11th January, was stormy and the rain poured down. Nothing stopped us – we made us ready to force the weather.

After a short skating we went into our car to check more ice inland. Unfortunately it was snowing, so the desicion to go back to lake Vansjöen next day was right. We were a bit worried that there should be “overice” but the surface was hard, solid and dry. It couldn´t be better!

Off we went following the west shore of the island Dillingöia. Almost at the southern point we were stopped by thinner ice. We had forced the headwind and the tailwind on our way back was pure pleasure.

After a nice break we were ready to skate back to our starting point.

As we said the first days – it can only be better. And it did! Some degrees below zero, almost no wind and blue sky. We went back to the same starting point as the day before hoping for even thicker ice after a cold night. We were right. Where we couldn´t skate yesterday it was possible this day. But as always – we had to watch out. After so heavy rains the water has to flow out in the sea and there are many exposed places where to pay attention. Especially points and sounds.

After a good time of skating we stopped for a break, had a nice fire and were waiting for the dark. It was full moon night. We waited and waited for the moonrise but the forest and the hills concealed the moon. We had a nice skating with our headlamps and arrived back to our car in dark. After less than 1 km we met the yellow, full shining moon. A good end of three wonderful days out on ice!