Where to go when the snow is fallen? 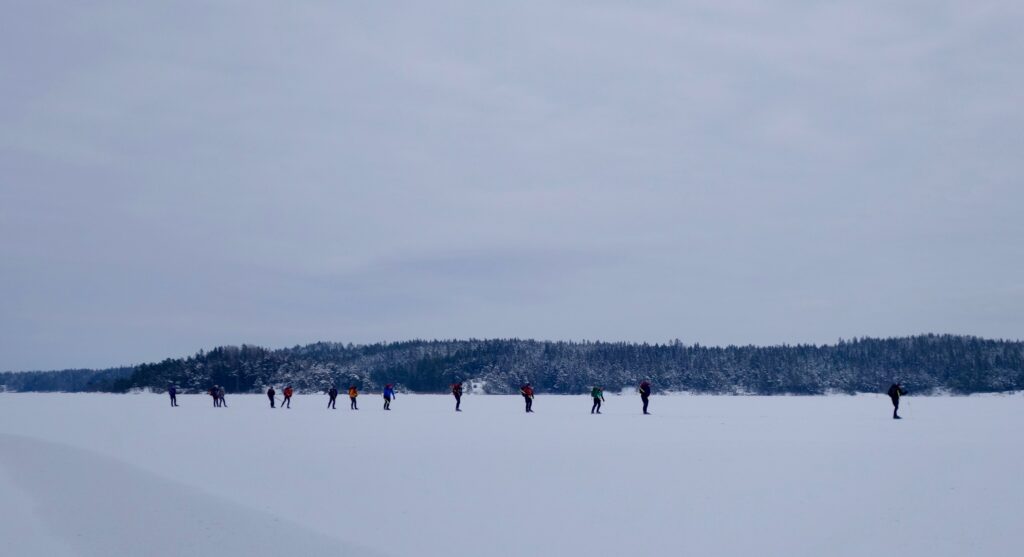 It was mid of January –  time for skating on new frozen ice! We were awaiting new customers in three different groups to arrive from the Netherlands and the United Kingdom. The weather forecast for the coming 10 days showed a lot of snow coming from southwest. We thought our base in Bohuslän, on the Swedish west coast, should be a good place to start from. Close to the sea it might be less amount of snow falling. Because of that we started investigating nice tours around in the neighborhood. 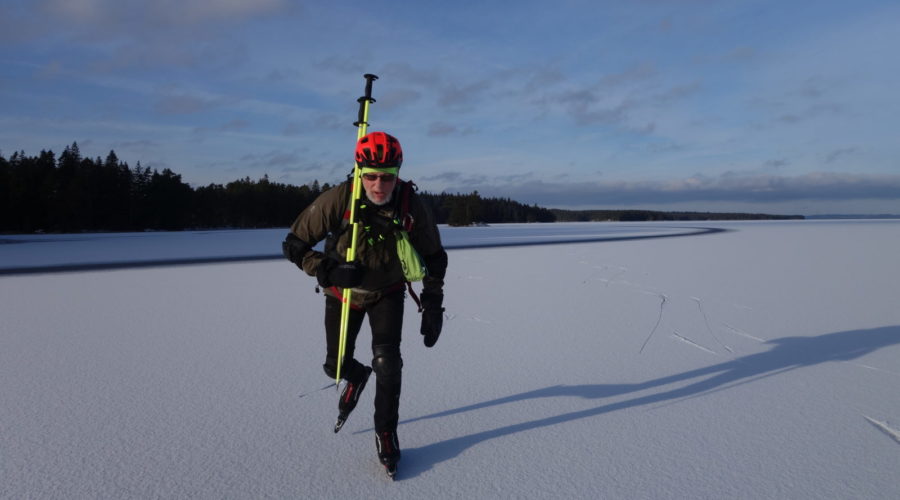 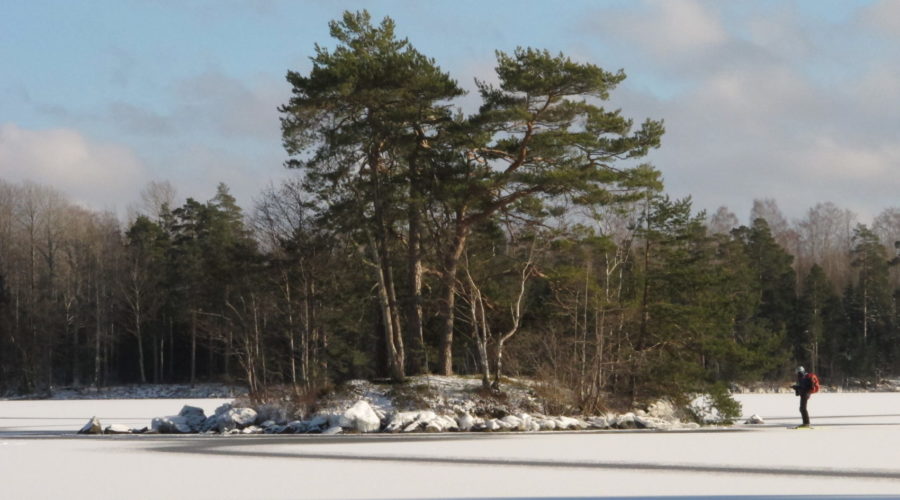 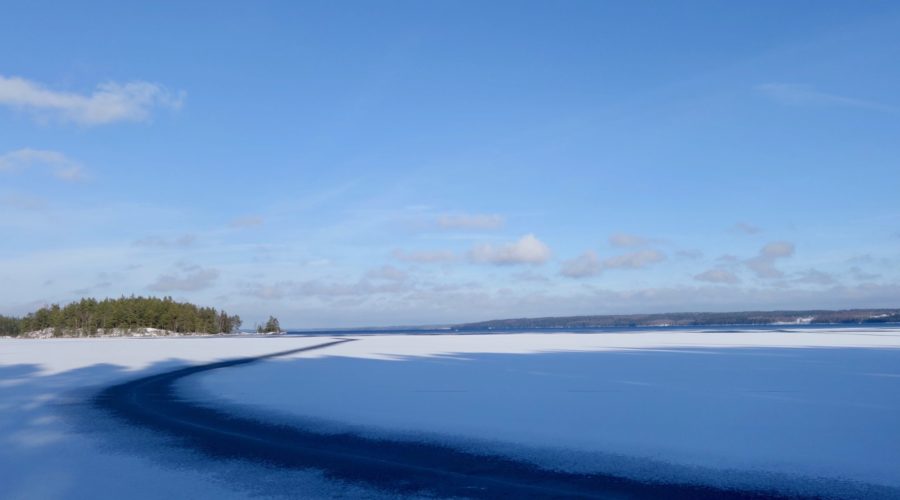 We found magnificent black ice in Norway, just an hour drive from Heestrand – our base. In our direct area ice was in the state of beginning to freeze – not only lakes – also inner salt water fjords. In the inland we had different, wonderful lake systems to choose from. Sadly they were, for the moment, covered by some centimeters of dry snow – still skatable. 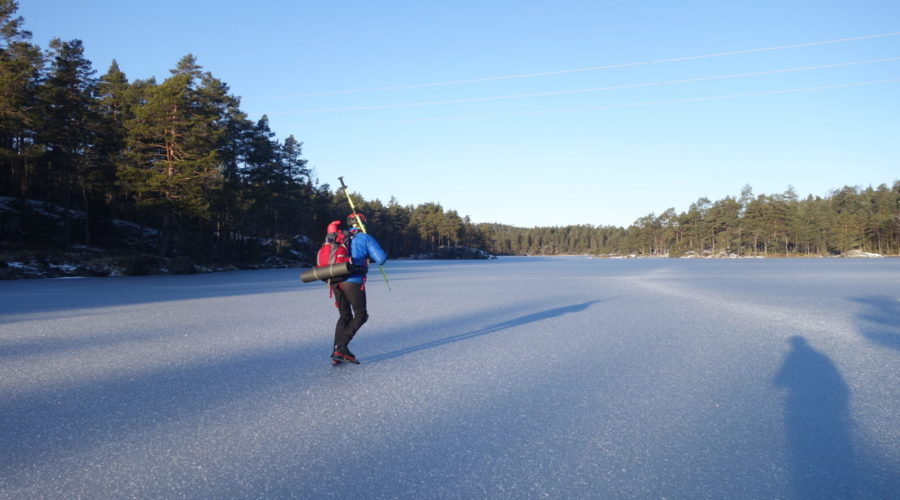 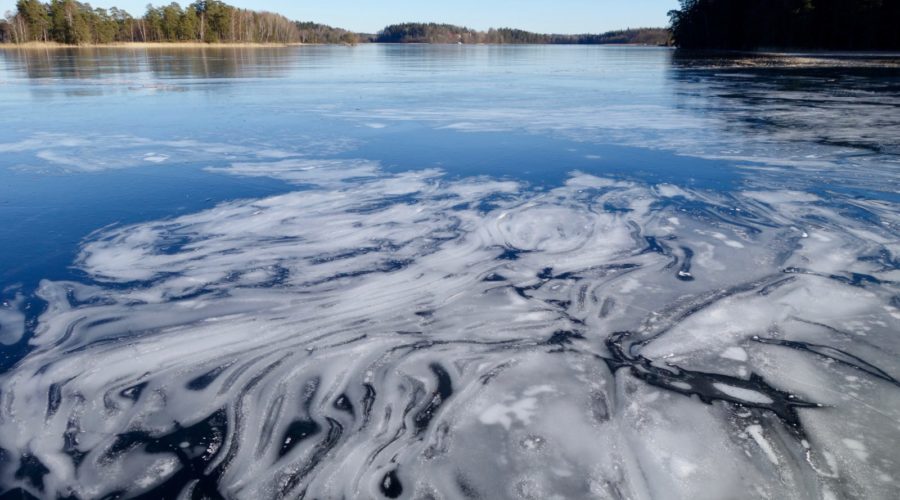 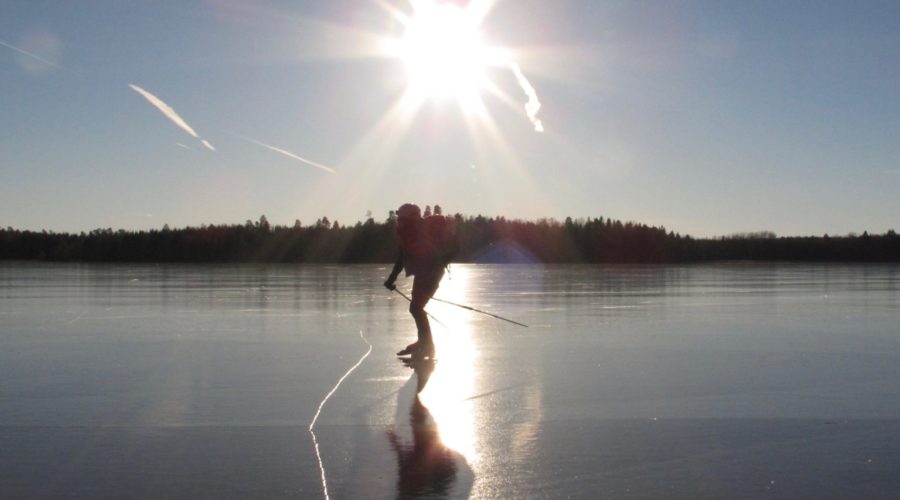 When the arriving date for our second group was there, the whole of Sweden was covered by snow, more or less. We couldn’t find any skatable ice! Where to go? Fortunately we had one more base, 300 km east of Heestrand. Medevi by Lake Vättern, the second biggest lake of Sweden. As it is a huge lake it wasn’t yet covered by skatable ice. Thanks Sweden is a great waterland!  We found skatable ice in the surroundings of northern Vättern.

With the help of the skating network and weather reports we had four wonderful skating days in different environments. We started with two days of skating on small lakes in the surroundings of Lake Vättern. Lake Stråken – a “forest lake” with some mansions by the lake. Lake Tåkern – the well known bird lake – on the cultivated plain, surrounded with reeds. The third day we headed off west to lake Ymsen which invited us with stable ice. Back to Medevi in the evening where we made the decision to pack all our things and be ready for a check at lake Vättern before we headed to the west coast. On the fourth biggest island of Sweden – Orust – we had our final countdown, with safe ice on two small nice lakes. Refreshed by skating, fresh air and good company we said goodbye with nice memories for all of us.